1749
An illustrated report of the eruption of Taal Volcano in August 1749. From the Archivo Franciscano Ibero-Oriental, Madrid, Spain. Courtesy of Fr. Cayetano Sanchez Fuertes, O.F.M.

Aside from the eruption itself, the report also mentioned earthquakes and the flooding of Taal Lake, which claimed the lives of numerous inhabitants.

1911
On Jan. 30, 1911, Taal Volcano erupted killing 1,500 people and caused millions of pesos worth of damage. Examination of the victims showed that all died of due to hot steam or mud. 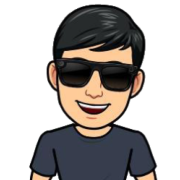 With Product You Purchase

You need to set the API key and Location.

This widget requries the Arqam Lite Plugin, You can install it from the Theme settings menu > Install Plugins.

straight in your inbox